Turmeric is a multi-purpose remedy for cysts, including ganglion cysts and sebaceous cysts due to its anti-inflammatory, antiseptic and astringent properties. It may be applied topically or taken internally for beneficial effects. However, it is recommended to consult a healthcare practitioner before taking turmeric for any cysts.

A cyst which forms within any body tissue is a pocket of tissue that is filled with fluid, pus, air or other materials. Cysts in the lungs are usually air-filled and those in the kidney are fluid-filled.

Dog tapeworms, trichinosis, and other parasites form cysts in the liver, muscles, lungs, brain and eyes. Cysts on the skin are very common and are a result of acne.

These sebaceous cysts are so-called because they are caused by the clogging of sebaceous glands due to infections or dirt clogging the skin.

Sebaceous cysts are swollen hair follicles and form usually on the neck, trunk and face. They are painless but can become inflamed.

Ovarian cysts are fluid-filled and are relatively common in a woman during her childbearing years. They are harmless.

Follicular cysts form during menstruation. Women taking fertility drugs are also at risk of developing large cysts on the ovaries. Ganglion cysts form on the wrists on hands around tendons or joints.

There are many reasons for cyst formation and one of the common causes in microbial infections in most cases, while some are the result of cancer. Turmeric has antibacterial, antifungal, antimicrobial, anti-tumor, anti-inflammatory, and anti-oxidant properties, which help in treating cysts and also the various conditions related to cysts.

This proves that curcumin can be used to treat bacterial infections. [1] [2]

The British Journal of Radiology published an article  [3]

The common causes of cysts are bacterial infection and clogging of sebaceous glands in the skin.

Curcumin, by nature, contains antibacterial, antifungal, and antimicrobial properties. It is included in treating skin conditions such as rashes, cysts and also included in antiseptic creams. Curcumin can help in curing cystic acne, which is generally caused by bacterial infections.

Polycystic ovaries may be treated with curcumin

The Journal of Reproduction & Infertility publishes an animal study involving Wistar rats to study the effect of curcumin in treating polycystic ovaries.

The outcomes showed that curcumin inhibited the expression of specific inflammatory markers, and its anti-oxidant property helps in reducing the oxidative stress. [6] [7]

Another animal study involving Wistar rats is published in The Cell Journal.

Curcumin was administered to the PCOS group for 60 days, and it resulted in the reduction of liver inflammation and hepatic necrosis.

The outcomes of the experiment concluded that curcumin showed a protective effect against the inflammatory markers raised by polycystic ovarian syndrome (PCOS). [8] [9]

Polycystic ovarian syndrome is most common among women, and curcumin helps in treating the condition. It reduces the inflammatory markers and also protects other organs from damage caused by PCOS. 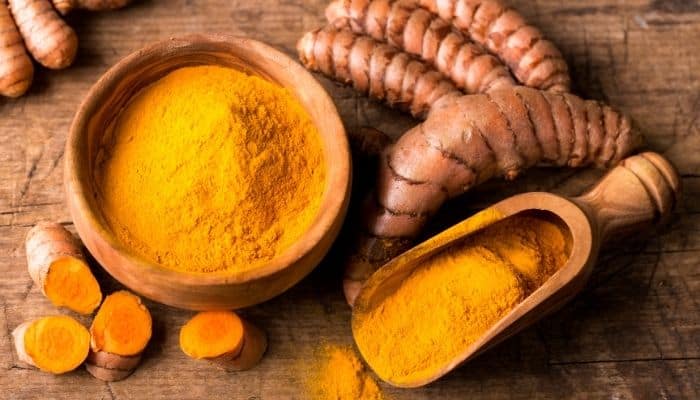 An article published in The American Journal of Physiology demonstrates that curcumin inhibits cystogenesis i.e., the formation of a cyst.

Pkd1-deletion mice were treated with curcumin, and it inhibited the pathways which elevated in cystic kidneys. Renal failure in mice with severe polycystic kidney disease was significantly delayed. [10] [11]

At the maximum concentration of curcumin, it inhibited cyst formation up to 62% and slowed down the cyst enlargement process.

The outcomes show that curcumin can be used as a drug for treating polycystic kidney disease. [12]

The in vitro studies and clinical trials proved curcumin as a useful compound for treating kidney cysts. It helps in inhibiting cyst formation and also in controlling the growth of the cyst. With many clinical trials on humans, curcumin can be developed into a drug for treating cystic kidneys.

Some cysts are a result of cancerous growth, and anti-cancer activity of curcumin can be used in treating it.

A clinical trial published in the World Journal of Gastroenterology demonstrated the therapeutic application of curcumin for pancreatic cancer.

The higher bioavailable form of curcumin was developed to increase plasma curcumin levels without increasing toxicity in patients.

The outcomes show that curcumin can be used as a therapeutic kind for treating pancreatic cancer.  [13] [14]

Another study published in Cancer Letters evaluated the efficiency of turmeric extract in inhibiting tumor growth. The extract was cytotoxic to Dalton’s lymphoma cells at the concentration of 0.4 mg/ml.

The time of action was found within 30 minutes at room temperature.

Many research has condemned that curcumin is a valuable therapeutic option in treating cancer. The cysts formed can be a cancerous one, and curcumin can be used for treating it, and it is also used as a therapeutic agent for different kinds of cancer.

Turmeric for sebaceous cyst- Can it help?

A sebaceous cyst is a lesion that is mostly regarded benign and harmless. It develops when the opening to sebaceous glands becomes blocked. It usually arises on the face, upper back, and upper chest.[17] [18]

Hence it may help reduce inflammation and infection in the sebaceous gland. It may be applied topically as a paste on the site of infection or had as a supplement to improve sebaceous cysts.[19]

However, currently available studies are limited and more studies are required to understand the therapeutic benefits of turmeric for sebaceous cysts.

Can you use turmeric paste for cysts? How?

Turmeric paste may be applied topically to treat cysts due to its anti-inflammatory and wound healing properties.[20]

It is made by mixing three tablespoons of turmeric powder in 3 cups of water and boiled till it becomes a thick paste.

You may reapply the paste each day till needed. Also, be cautious while using turmeric directly on the skin as it may cause irritation or stain the fabric.[21]

Turmeric for ganglion cyst- Can it help? 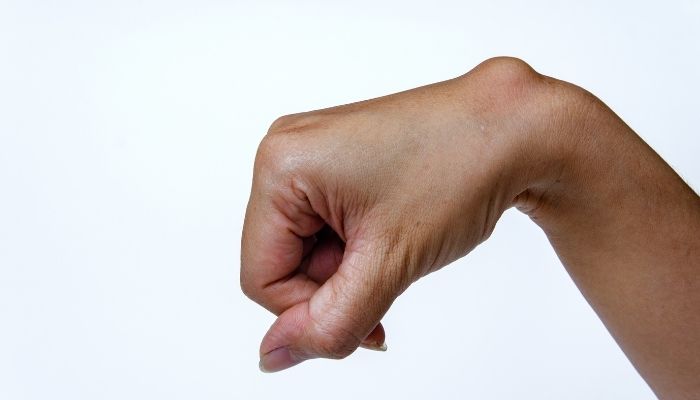 A ganglion cyst is the soft tissue swelling in the hand and wrist. Most of these cysts are asymptomatic swelling, while others have pain, weakness, or paresthesia.[22]

Turmeric may provide relief for different types of pain and reduce inflammation due to a ganglion cyst.

Fresh turmeric juice may be applied directly to the affected area 2-3 times daily until required. Turmeric supplements may also be taken.

However, it is recommended to consult the healthcare practitioner for the dose to avoid unwanted reactions.[25]

Turmeric for ovarian cyst – Can it help?

Ovarian cysts are fluid-filling sacs within or on the surface of the ovary.

They usually are formed when the ovary releases an egg during ovulation.[26]

Preliminary studies suggested that curcumin may play a role in decreasing ovarian cysts associated with PCOS.

An animal study showed that ovaries treated with curcumin had decreased ovarian cysts and inflammatory markers.[27]

In another study, curcumin exerted a beneficial effect by disappearing cysts in the ovaries of letrozole-induced PCOS female rats.[28]

However, more controlled human studies are required to elucidate the molecular mechanisms.

There is no specified dosage for curcumin or turmeric for cysts.

The usual dosage of curcumin is 400-600mg thrice daily.

Adding piperine or bromelain can increase the bioavailability of turmeric supplements.

The supplement should contain a standardized curcumin extract of at least 95% to be beneficial. Always ensure that turmeric supplements you buy are manufactured according to GMP compliances.

Using turmeric spice in food is safe for everyone. Reported side effects are minimal and confined to mild stomach upsets, indigestion, nausea or dizziness.

That too when taken in high doses for a long period of time. Some evidence is available that long-term use of large doses of turmeric could cause liver toxicity.

Hence those who are on hepatotoxic medications or have liver cirrhosis should consult their doctor. Some people with skin allergies could develop contact dermatitis if turmeric is used on the skin.

Anyone with gallbladder problems like gallstones, pregnant and breastfeeding women, those taking diabetic or anti-coagulant medication like warfarin are advised to avoid turmeric.

Anyone planning to include herbal supplements in their medical regime must consult their doctor first.

An animal study showed that curcumin was beneficial in Letrozole-induced PCOS. It helped in restoring all the parameters to normal and the disappearance of cysts in ovaries. In another study, in the PCOS group treated with curcumin, the number of cysts and antral follicles was reduced.

Turmeric has anti-inflammatory and antiseptic properties that may potentially decrease the redness and size of cystic acne. A thick paste of turmeric and water may be applied directly to the cystic acne breakout and rinsed off. It may be used till required to reduce cystic acne eventually.

What are the side effects of applying turmeric on the skin?

Turmeric may treat inflammatory conditions. However, it may be an allergen and cause contact dermatitis when applied topically. It may cause irritation, redness, and swelling. It is advisable to do a patch test before using turmeric on the skin.

38 thoughts on “Turmeric Benefits for Cysts, How to Take & More”