Lyme disease is an infectious disease spread by bacteria of the Borrelia type.

These bacteria are transmitted by Ixodes ticks, which are like small spiders that survive in woody and grassy regions.

The most common sign of infection is a rash which resembles the bull’s eye and is called erythema migrans. But 25-50% of the individuals do not develop the rash.

If untreated, other symptoms that manifest are joint pains, rashes, paralysis of the face, meningitis and cognitive problems.

Initial treatment involves antibiotics but the diagnosis is difficult since blood tests are often negative and symptoms of fatigue, memory problems, and heart palpitations in absence of rashes are commonly mistaken for psychiatric disorders.

There is a controversy regarding chronic Lyme disease which is the presence of chronic symptoms after regular treatment of Lyme disease. Its existence is debated upon.

How can turmeric help with Lyme disease?

No scientific evidence is available to prove turmeric’s therapeutic efficacy in Lyme disease. But it can definitely helthe p in symptomatic treatment of Lyme disease.

A little about turmeric for the newbies. It is a very famous spice that is used in the Asian cuisine and in the recent years science has exploited its medicinal properties which were earlier a part of traditional medicine.

Curcumin is its bioactive ingredient that is blessed with anti-inflammatory, antioxidant and a number of therapeutic properties. 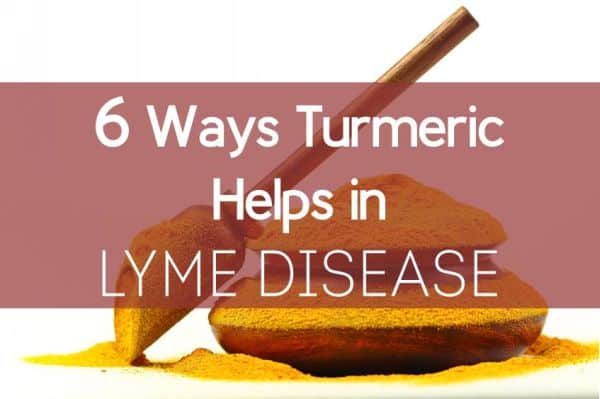 Turmeric has been used since ancient times as a cosmetic and therapeutic agent for skin related conditions. Skin rashes are generally a result of the underlying inflammatory condition.

In an experimental study of induced skin inflammation, curcumin was the most potent compound in reducing the inflammation by inhibiting the activity of inflammatory chemicals.

Curcumin is said to be beneficial for many skin conditions like scleroderma, psoriasis and even skin cancer.  Its anti-inflammatory and antioxidant properties help in treating these conditions. It also speeds up wound healing and skin repair process.

Turmeric oil is also beneficial to skin related conditions and application of turmeric powder for insect bites has been a household remedy in India.

What does this mean?
Turmeric can help reduce the itching and severity of the rash occurring in Lyme’s disease by virtue of its anti-inflammatory, antioxidant and skin regenerative potential. Oral curcumin or application of turmeric paste or turmeric oil could be of help. 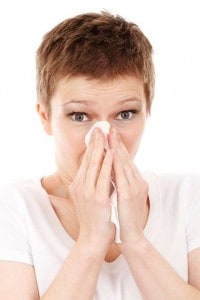 Curcumin has been researched upon in relation to flu due to its anti-viral activities. But apart from that turmeric has been a common home remedy for flu like symptoms, especially turmeric milk.

Fever is a response generated by the body when it is fighting a particular infection or condition. So it is an indication of your immune system at work.

Nuclear factor kappa B is a protein complex that regulates the inflammatory process. This has implications in fever. Curcumin inhibits the activity of this protein and thereby can help in reducing fever.

Additionally, curcumin has an immune-modulating property such that it can boost immune responses and help fight flu like symptoms.

What does this mean?
The therapeutic properties of turmeric such as immune boosting, anti-fever, anti-cough are useful in combating flu like symptoms.

3. It can help treat stiffness and pain in joint

This property of curcumin helps in reducing pain, inflammation and stiffness in joints. This is the reason why curcumin is one of the best natural anti-arthritic agents. (Read Turmeric for arthritis)

In fact, study shows that turmeric extract is as effective as regular painkiller ibuprofen in treating osteoarthritis.

Lyme disease, since it was characterised by joint pain and stiffness, was earlier mistaken for rheumatoid arthritis. Delayed symptoms of Lyme infection include joint pain which is similar to arthritis and curcumin can effectively help with this pain.

What does this mean?
Turmeric extract and curcumin are as effective as conventional treatment in reducing arthritis like pain which is of relevance in delayed symptoms in Lyme disease.

4. Turmeric can attenuate fatigue and body ache associated with Lyme

When left untreated or undiagnosed, Lyme disease symptoms include fatigue and body ache of such intensity that it is even difficult to get out of bed. Animal studies prove that curcumin supplementation can prevent fatigue.

Two of its properties work in this case. One being antioxidant property which raises natural antioxidant defences of the body and helps fight disease and improves stamina. Additionally, its anti-inflammatory property attenuates the underlying cause of fatigue- inflammation and pain.

Turmeric can help fight various kinds of pain, especially whole body pain that occurs as a result of inflammation and its activity is comparable to that of regular painkillers. Read Turmeric for pain.

What does this mean?
Turmeric is the one of the best natural painkillers that can reduce pain, inflammation, fatigue and malaise.

5. Curcumin can help with neurological and cognitive symptoms of Lyme

Late Lyme disease paves way for a number of neurological and psychiatric symptoms.   The inflammation can spread to the membrane surrounding the brain (meningitis) and nerve roots.

Recent studies suggest that curcumin alone or in combination with other medications can help reduce depressive symptoms in major depressive disorder and it has multiple modes of action against the same.

Neuropathic pain is characterised by electric shock like sensations, pins and needles, numbness etc and this occurs in late Lyme disease. A few studies show that curcumin can attenuate neuropathic pain.

What does this mean?
Curcumin is highly effective in reducing neuro-psychiatric symptoms that occur at late stages of Lyme disease.

The bactericidal activity of curcumin is attributed to its ability to damage the bacterial membranes which are vital for the microbe’s survival.  Studies show that it even works against drug resistant bacteria and has a synergistic action with antibiotics.

DEET is an insect repellent that is recommended as a preliminary measure against ticks that cause Lyme disease.

What does this mean?
Curcumin has anti-microbial property and studies show that it has bactericidal activity. This could be of use in fighting the infection that causes Lyme disease but concrete studies are required to prove this point.

Turmeric oil has insect repellent activity which can serve as precautionary measure against tick bites.

Turmeric in the diet is pretty helpful as you include fats (oil) in your diet and this boosts its absorption in the body. Taking black pepper with also does the trick.

One can take upto 1 tsp of good quality turmeric without any problems. If you are new to turmeric, start with 1/4 tsp and then increase. We recommend taking quality turmeric and not supplements.

If you already have a good brand stick to it, but if you are confused here is a quick list of recommended brands from our side.

There are so many possibilities to use turmeric other than paste and milk. Some interesting recipes can be found here recipes.

Turmeric in food is absolutely safe. Supplements are safe when taken in recommend dosage but it is not advisable to take them on the long term.

In the case of gallstones and obstruction of bile passages avoid curcumin supplements.

Turmeric should be avoided in case you are taking medications like blood glucose lowering agents, those used to reduce stomach acid and blood thinning agents.

Lyme disease if not treated in initial stages can cause problems later. Turmeric as an add on therapy can help in targeting multiple symptoms of the disease at early or delayed stages.

Turmeric oil can also serve as an insect repellent, which would be a preliminary measure against tick bites. Overall turmeric can boost your immunity and help you fight the infection.

2 thoughts on “Can turmeric Help in Lyme Disease?”