Proteinuria also known as albuminuria or urine albumin disease is a disorder in which the blood protein called albumin is filtered out by the kidneys and passed in the urine.

Normally, kidneys work to filter out the smaller impurities from the blood and leave the bigger molecules like albumin (an essential protein in the blood) and other protein.

Due to defects in the filtration process, the bigger molecules including albumin protein are also filtered out and passed in the urine which causes Proteinuria.

Proteinuria is a sign of the development of chronic kidney disease (CKD) and is generally caused by primary diseases like diabetes, high blood pressure or other inflammatory kidney problems [1],[2],[3].

Turmeric for the Treatment of Proteinuria

Turmeric is an ancient herbal spice that is widely used in Asian countries as a coloring and flavoring agent in curries and other food items.

Apart from its edible properties, it is extensively known for its powerful healing properties in certain disorders such as skin problems, diabetes, gastric issues, eye diseases, swelling, pain, inflammation, worms, arthritis and even cancer [4].

Turmeric contains curcuminoids and other phenolic compounds that are responsible for its characteristic color, flavor and most of its therapeutic properties [5].

In case of Proteinuria, several research studies have proven turmeric to be very effective in treating the underlying cause of this kidney disease as well as exert healing effects on this organ.

Given below are some ways how turmeric might help in treating Proteinuria [6],[7]. 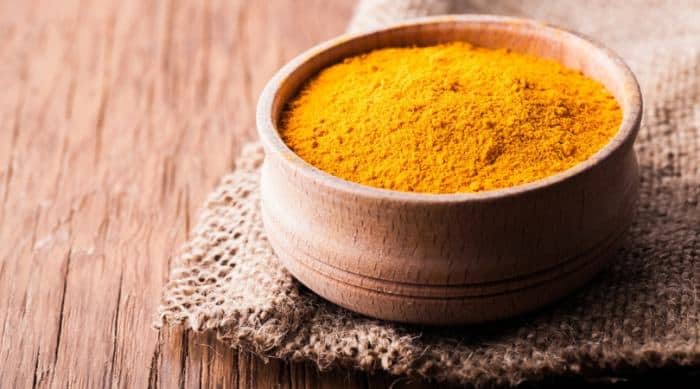 Proteinuria is caused when the blood filtering structure called glumeroulus starts filtering out proteins from the blood.

This condition, though caused by many factors, is indicative of kidney inflammation (nephritis) and chronic kidney disease (CKD) that can lead to renal failure [8].

The primary effect of co-morbidities that lead to Proteinuria is inflammation in the kidneys. It makes the filtration process faulty and affects the structure of glumeroulus.

Apart from treating the underlying disease of Proteinuria, it is also important to treat the inflammation to prevent further damage in the kidneys [9].

Several research studies have suggested the potential anti-inflammatory role of curcumin and have given promising results in treating the inflammation in the kidneys as well, giving the symptomatic relief from the condition of Proteinuria.

Studies have shown that certain pro-inflammatory molecules and pathway called TNF-α, COX, PLA and NF-κB respectively, are highly active in the kidneys of subjects suffering from high blood pressure, diabetes and other diseases affecting kidney [10].

Since turmeric has been shown to actively ameliorate inflammation; trials done on the subjects suffering from kidney inflammation showed positive results as expected.

Curcumin treatment in such subjects resulted in an overall decrease in the inflammation of the kidneys.

The reason when analyzed for this therapeutic effect of curcumin was found to be the ability of curcumin to inhibit the activity of Pro-inflammatory molecules like TNF, COX, and PLA.

Curcumin also inhibited the signaling pathway NF-κB which is majorly responsible for the induction and activation of the pro-inflammatory molecules [11],[12],[13].

Curcumin also reduces the toxicity levels in the kidney tissues and helps the glumerouli function properly by reducing the accumulation of nephrotoxic serum in the kidneys [14],[15],[16].

What it Means: Curcumin potentially heals the inflammation and prevents further damage to the kidneys in case of Proteinuria by inhibiting the molecules that cause inflammation in the damaged renal tissues.

Curcumin Exerts Anti-Oxidative and Protective Effects on the Kidney cells

Oxidation is yet another reason for the deterioration of renal tissue and alterations in its structure, leading to Proteinuria.

Certain co-morbidities or decrease in the amounts of anti-oxidant enzymes in the body can cause oxidative damage to the kidneys.

In oxidative damage, reactive oxygen species (ROS) such as peroxide and superoxide attack the cells and kill them.

This severely affects the tissues and normal functioning of the organs under attack. In case of kidneys, oxidative attack can cause many disorders including Proteinuria and kidney failure [17].

Turmeric has been widely known for its powerful anti-oxidant properties.

Dietary turmeric not only combats the attack of the reactive oxygen on the tissues but also increases the anti-oxidant enzymes such as heme oxygenase and glutathione [18] in the body leading to a decreased oxidative damage in the kidneys [19],[20].

Continuous consumption of turmeric also helps in protecting the kidneys from any forthcoming injuries and oxidative attacks, thus preventing Proteinuria [21],[22].

What it Means: Curcumin from turmeric is a powerful anti-oxidant and is very potent in reducing the oxidative attack on the kidneys, hence relieving from the symptoms of Proteinuria [23],[24].

Two of the most common co-morbidities that cause nephropathy or Proteinuria are diabetes and obesity.

Due to the scarring, the kidneys start leaking blood proteins and albumin in the urine leading to nephropathy or Proteinuria and other major kidney disorders [25].

In diabetic and obesity-related nephropathies, the inflammation and oxidation of tissues if highly active.

The signaling pathways and pro-inflammatory molecules in these cases are prone to attack the renal tissue more as compared to the normal condition leading to increased chances of kidney deterioration [26],[27].

Curcumin from turmeric has been proven to treat the underlying cause of diabetes and obesity-related nephropathies [28].

Curcumin fights the inflammation and oxidation and reduces the amounts of lesions on the renal tissue caused due to the co-morbidities [29],[30],[31].

It reduces the amount of interleukins and other cytokines [32] in kidneys that cause inflammation due to these diseases.

Additionally, it also attenuates the PKC pathways [33] in the cells of the kidneys that is known to cause diabetes and obesity-related nephropathy [34],[35],[36].

What it Means: Curcumin alleviates the damage caused to the kidneys due to diabetes and obesity. It reduces diabetes and obesity-induced lesions and scarring in the renal tissue and prevents or ameliorates the occurrence of Proteinuria [37],[38],[39].

The dosage and consumption of turmeric in edible amounts every day is widely approved by the medical community.

However, its dosage in therapeutic amounts has not yet been established specifically for different disorders. One common dose in safer amounts has been described by research studies which have been proven to be effective.

Turmeric is strictly not to be given to children, pregnant women, and nursing mothers because of the lack of enough evidence of safety and efficacy in these groups of people.

Its oil can also be used for topical application or oral consumption. For using it as a mouthwash, turmeric mixed in warm water can be used for regular gargling.

Since turmeric is not easily absorbed in the body, consuming black pepper along with it can help its absorption through the gut and increase its bioavailability for better results [40].

Precautions and Side Effects

Turmeric is generally an extremely safe alternative to take for treating several disorders. It’s unregulated usage or consumption, however, can lead to mild side effects such as diarrhea, gastric pain, and nausea.

Its consumption in large medicinal amounts should be stopped at least 2 weeks before a scheduled surgery to avoid the risk of bleeding wounds.

Turmeric also reduces the levels of blood glucose if taken in large amounts. If taken along with diabetes medications, it may lead to hypoglycemia [41].

Turmeric is emerging as a powerful and efficient alternative medication which may help in a number of disorders including Proteinuria.

It not only combats the inflammation and oxidation in the kidneys that may lead to this disease and renal failure, but it also ameliorates the co-morbidities such as diabetes and obesity, that are well known to exacerbate kidney damage.

Regular consumption of turmeric in edible amounts and in therapeutic concentrations can thus be extremely beneficial for those who are suffering or are at the risk of suffering from kidney dysfunctions such as nephropathy.