Edema occurs due to fluid retention in the body accompanied by swelling. Several studies have shown the potential of turmeric as a safe anti-inflammatory agent and may reduce swelling and pain. The recommended dose of standardized curcumin extracts for inflammatory conditions is 400-600mg thrice a day. However, it is advisable to consult a doctor before taking turmeric if a serious medical condition accompanies edema.

Edema occurs when there is abnormal fluid retention in the circulatory system or in spaces between body cells.

This will cause swelling and usually occurs on the legs, feet or ankles and is accompanied by shortness of breath, muscle pain, facial puffiness, abdominal bloating or change in mental state.

The face and hands also may get affected. Pregnant women normally get edema although others can also get it. While edema is a symptom, persistent edema could indicate more serious health problems.

Some causes could be, remaining in one position (sitting or standing) for long, medications, hormonal changes, allergies, hypertension, head injury or exposure to extreme heat or high altitudes.

Turmeric is a medicinal herb which has been used for hundreds of years in traditional Asian medicine to treat a wide range of medical problems.

While herbs like turmeric may not specifically treat a disorder like a drug, it is a safe way to strengthen the immune system and fight against destruction by toxins in the environment.

Patients are always advised to check with the doctor before incorporating any herb in their diet plan for medicinal purposes.

Edema causes inflammation of various parts of the body. Turmeric has been studied for its potential as a safe anti-inflammatory.

Curcumin which is the primary pharmacological agent in turmeric has the potency equivalent to several anti-inflammatory drugs like hydrocortisone and phenylbutazone.

Unlike these drugs which can cause side effects like ulcers or intestinal bleeding with long term use, curcumin does not demonstrate any side effects.

A study was conducted on the role of curcumin in inflammation and oxidative stress caused by cerebral edema. Simulated altitudes of 25,000 feet were created and rats were introduced to this for different durations.

Rats exposed to 24 hours of hypoxic exposure experienced maximum transvascular leakage of the brain. There was also an increase in pro-inflammatory cytokines.

The rats exposed to 24 hours hypoxia were pre-treated with curcumin. It was found that this pre-treatment significantly eased symptoms of cerebral transvascular leakage caused by hypoxia. 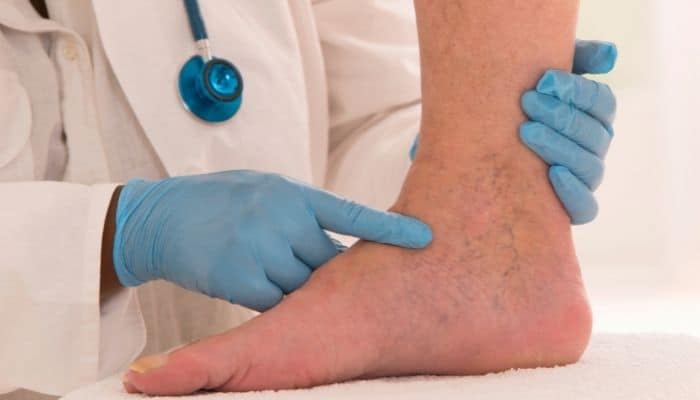 Another study was conducted on the effects of turmeric on cerebral edema caused due to traumatic brain injury.

Many medical therapies to limit the devastating effects of cerebral edema have not been very effective.

Hence various alternative therapies are being studied. Mice were pre-treated with curcumin and then brain trauma was induced.

It was found that the neurological parameters were better and fluid retention in the brain was significantly less in such mice. Curcumin was able to reduce activation of many inflammatory factors.

One study concentrated on the effects of turmeric on focal ischemia caused due to traumatic brain injury. Curcumin offers anti-inflammatory and antioxidant properties which were targeted for this study.

Male rats were subject to focal ischemia and various parameters were examined. It was found that the curcumin-treated rats had reduced infarct volume. These studies show that turmeric could be a safe and viable option to treat cerebral edema.

Topical use of turmeric to treat edema has also been examined. Edema causes swelling of the joints of the feet, ankles and legs. Rats were induced with paw edema and divided into groups.

After the study period, the various parameters were examined.

It was found that turmeric even at a low dose of 3.33% was able to inhibit paw edema by nearly 27.4%. This shows that turmeric could be used as a safe anti-inflammatory agent.

This protects the body from damage by free radicals and reduces joint swelling.   Since edema also causes joint swelling and inflammation, turmeric could benefit the treatment of these symptoms too.

Turmeric for Swollen Ankles and Feet?

Turmeric might help decrease swelling in ankles and feet due to its anti-inflammatory and anti-spasmodic properties.

Curcumin may treat conditions that involve pain and inflammation through different mechanisms.

One of the mechanisms by which it reduces pain is through NF-kB inhibition.

Turmeric paste made using turmeric and slaked lime may be applied for reducing muscle pain and inflammation.

Additional studies in the future will determine the effect of turmeric on ankle edema.

For inflammatory conditions, curcumin standardized extracts of 400-600mg thrice a day is the recommended dosage.

Turmeric when used as a spice in food is generally safe for everyone. When taken as a supplement, turmeric in high doses could cause indigestion, dizziness, nausea or diarrhea.

Those with gallbladder problems or are taking medications for diabetes or anti-coagulants or antiplatelets, pregnant and breastfeeding women must avoid turmeric supplements.

High doses have resulted in liver problems in laboratory animals although similar effects have not been seen in humans.

Those who need to undergo surgery must stop taking turmeric two weeks before the due date as it slows blood clotting.

Edema could be a symptom of a more serious medical condition. So, always check with your doctor before taking turmeric supplements.

How does turmeric reduce inflammation?

Tumor necrosis factor-alpha is a major mediator of inflammation in many diseases, regulated by the activation of nuclear factor-kB. Curcumin may suppress inflammation by blocking NF-kB activation. However, there are many other mechanisms by which curcumin may reduce inflammation.

Is curcumin good for brain inflammation?

27 thoughts on “Benefits of Turmeric in Edema”