Turmeric is scientifically called Curcuma longa. It is a rhizome, kind of herb of the ginger family.

Turmeric is bitter in taste with a slight evocative fragrance of orange and ginger.

It is one of the major ingredients of the Indian curries. It is derived from the root of the plant and has a brown upper covering and orange colored flesh.

It was also known as “Indian saffron” because of its orange-yellow color. It has been used for quite a long time for medicinal purposes.

A few things about turmeric

(if you know this, please skip this section)

Turmeric is generally habituated in tropical regions of India like Tamilnadu because it requires 20-30 ®C temperature range for growth and an ample amount of rainfall.

The nutritive quality of turmeric is due to its constituents. Turmeric has Manganese, Iron, Vitamin B6, Fiber, copper, potassium, etc.

Thus the nutritional value of turmeric is quite high. Turmeric is being used for the treatment of inflammatory and bowel diseases for quite a long time.

Turmeric is used as an ingredient in curry, as a healing agent and used for textile dyeing purposes.

Curcumin is the most active constituent of turmeric (3-4%curcumin, depends on the species, growth stage and cultivation area of the spice) and it has been shown to exhibits anti-oxidant and anti-inflammatory properties.

Turmeric has been found to exhibit many therapeutic properties and hence is being used for centuries in the traditional Indian or Ayurvedic medicines.

Turmeric has been discovered to have anti-cancerous properties.

Also, turmeric is being used for the treatment of inflammatory diseases such as tendinitis, liver cirrhosis, Alzheimer’s disease and many other digestive and blood-related problems.

It has other significant properties like anti-bacterial, liver, and kidney protective nature, blood clot suppressing property and also helps in the prevention of heart attack and hypoglycemia.

What is Absorption / Bioavailability of turmeric?

Many studies have shown that turmeric is safe even at a higher dosage.

The efficacy of turmeric has also been proved by many clinical studies. This efficacy and safety make turmeric a potent compound for the treatment of wide range of human diseases.

Besides all these reasons turmeric has not yet been officially declared as a therapeutic agent and the major reason behind this is the relatively low absorption/bioavailability of turmeric.

The reason behind the low availability of an agent within the body is its low indwelling activity, inactivity of a metabolic compound or its rapid removal from the body.

Studies rule out the first option of low intrinsic activity of turmeric. Turmeric’s efficacy and strong activity have helped in its establishment as a therapeutic component in the treatment of many ailments.

However studies regarding absorption, transportation, assimilation and elimination of curcumin have revealed low absorption and its rapid metabolism which leads to relatively low bio-availability of turmeric.

Why turmeric has low absorption/bioavailability?

One of the major considerations in the study of curcumin involves low serum levels.

The very first study reported related to the uptake, assimilation, and excretion of curcumin was by Whalstrom and Blennow in 1978 using rats.

In a very recent study, Yang et al showed that administration of 10 mg/kg of curcumin results in only 0.36 µg/ml of curcumin in the blood serum.

These studies show that the route of administration has a role to play in the metabolism of turmeric. Also, the absorption of curcumin is a major factor responsible for low bio-availability of turmeric.

Ingestion and distribution of curcumin to various tissues of the body is actively responsible for its bio-availability. But this topic has not got the attention of the scientists studying the bio-availability of turmeric.

Studies of Ravindranath revealed that only a trace amount of curcumin was present in the stomach and intestine. Many other studies in this field have shown that even higher dosage of curcumin does not increase the absorption of curcumin as well as its distributions.

The liver is a major organ involved in the metabolism of curcumin. After absorption curcumin undergoes conjugations like sulfation and glucuronidation.

Systemic excretion of curcumin from the body is also a major factor responsible for its activity.

Studies by Whalstrom and Blennow showed that when 1g/kg curcumin was ingested by the rat, around 75% of the curcumin was excreted and only a trace amount was found in the urine. 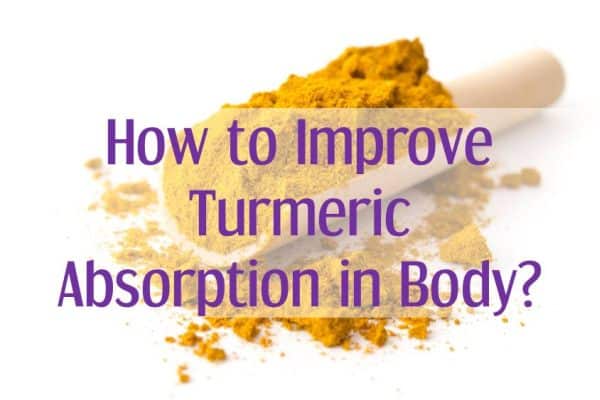 How can turmeric’s Low bioavailability be addressed?

These are the problems causing the low availability of curcumin. But some of these problems can be solved using various ways listed below

Adjuvants generally improve the bio-availability of curcumin by blocking its metabolic pathway. Shoba et al combined Piperine which has the property to inhibit glucuronidation in the liver and intestine, then administered it to the rats and healthy humans.

But when it was administered in combination with piperine (20mg/kg), the serum level was increased, the time required to reach the peak level also increased, elimination and half-life were decreased reasonably.

Bio-availability of curcumin was increased up to 154%.

In humans when 2g curcumin was administered, the serum concentration was found to be either very low or was undetectable.

Curcumin combined with piperine introduced in the humans, resulted in 2000% increased bio-availability.

Thus the effect of the introduction of piperine is much more significant in humans than in rats. The effect of piperine on tissue uptake has also been shown in many studies.

Piperine is one such agent used. There are many other adjuvants that can be used to serve this purpose like genistein. Thus all these studies have shown that curcumin activity can be modulated both at cellular and organismic levels.

Recently nanoparticles are being used as targeted and triggered drug delivery mechanisms.

These nanoparticles have also emerged as solutions for the bio-availability of certain therapeutic agents. Curcumin is hydrophobic in nature and the solubility in aqueous solutions arises a problem.

Nanoparticles can be used to serve such purposes in a recent study by Bish et al polymer-based nanoparticles with size less than 100 nm have been synthesized named “nanocurcumin”. Nanocurcumin has been found to have a similar biological activity as that of free curcumin.

It has the same anti-oxidant and anti-inflammatory effects as the free curcumin has. There haven’t been much studies related to nanocurcumin increasing the efficacy of curcumin.

But solid lipid nanoparticles when loaded with curcuminoids are found to be stable and release curcumin for 12 hours. Research work is going on to study the role of nanoparticles in increasing the efficacy of curcumin.

Liposomes are nice drug delivery systems as they have the ability to carry both hydrophobic as well as hydrophilic molecules.

Evaluation of the exact efficacy of liposomal curcumin over the free curcumin is still under process. The liposomal carrier has more loading capacity of curcumin and also plays a great role in increasing the bioavailability of curcumin.

Micelles and phospholipid complexes increase the absorption of drugs from the gastrointestinal tracts resulting in higher blood plasma concentration and lower elimination and thus increasing the bioavailability.

Many studies suggest that the absorption of curcumin increases from 47% to 56% when it is present in the micelles. Ma et al studied that the half-life of polymeric micellar curcumin is 60 folds higher than free curcumin.

In a study by Liu et al, curcumin (100 mg/kg) and curcumin-phospholipid complex (corresponding to 100 mg/kg) were administered in rats.

How to improve turmeric absorption in the body?

Taking turmeric with black pepper (which has piperine) or fats/oils (as turmeric is fat soluble) are the best ways to increase turmeric absorption in the body. Other method includes using Querectin.

The main reason behind the absorption/non-availability of curcumin in the body for regular users is due to its low solubility in water. But there are other ways by which one can take curcumin without its solubility coming in its way.

One can use the mixture of curcumin with pepper. Bioperine is an extract from the fruit of Piper nigrum (black pepper). It is one of the best ways to take turmeric by mixing it with Bioperine. Including black pepper in your diet or taking it with turmeric should help in the absorption of turmeric in the body.

Also mixing curcumin with fat will do. Curcumin can be mixed with coconut oil, flaxseed oil, olive oil, etc.

Curcumin can be taken as a mixture of curcumin and quercetin. Quercetin is flavonoid and is found in many plants and foods such as apple, red grapes, onion, citrus fruit, etc.

Quercetin inhibits the sulfotransferase enzyme that inactivates curcumin. Also, bicurcumax is available which has curcumin dissolved in the fat of 10-15% by weight.

You may also get results by using Apple Cider vinegar as it has Quercetin in it.

This is the major active constituent of silymarin, a standardized extract of the milk thistle seeds. It is also known to increase the bioavailability of turmeric.  Well, I am not sure how to use it this in daily life as of now.

Studies have shown that boiling turmeric in water for 10 min increases its solubility 12 fold (remember its solubility, not absorption).

The verdict is still not out on how much it impacts the absorption. But this may be the reason why taking turmeric with warm milk (golden milk!) is considered great!

These can be the ones which already have absorption enhancing agents such as black pepper or other chemicals which can do that.

As detailed above all these problems causing low bio-availability of curcumin can thus be overcome by the above-given strategies, some of them I know are very tech. but others such as black pepper and with fat are easy to follow.

As curcumin is very important in our day to day life as well as it has found its role in the medical field too, it needs to be modulated for proper utilization.

The above-explained modulation can thus overcome the situation of low bioavailability of curcumin.